These informations were mainly gathered through my own experience, from watches I actually had in hands. They reflect what I observed and are not the holy truth. Page updated October, 7th 2022 : New examples.

It is commonly admitted that the first LMs were introduced in 1968 by Suwa and mostly replaced the Seikomatic range. However, it seems that some models were released as early as December 1967 (ref.).
Until the early 70’s, most models had a rather classical design, the cases were often monobloc ones, meaning you couldn’t access the calibre by the back. At the beginning of the 70’s, the range became more diverse with the introduction of quite excentric models with coloured dials, facetted crystals and sometimes weird cases.
The LM Special models from Daini probably appeared in 1971 and adopted from the start a kind of mixed classical/funky style.

The 56xx family is a big and famous range of automatic movements, that equipped not only the Lord Matic but the King (5621, 5625, 5626) and Grand Seiko (5641, 5645, 5646) as well. They all had the stop second and the manual winding feature.
The Lord Matic was available in time-only, date-only or day & date configuration, with respectively the 5601, 5605 and 5606 calibre. The frequency of these movements is 21,600 bph and they had 23 or 25 jewels. The 5606 has a double language day disc, one of the language always being English. The second language can be Kanji, German, French, Spanish, Arabic, Italian, Dutch. This system of double language will be then adopted in almost all Seiko movements (6106, 7019, 7009, etc…). The day and date quickset is one of (if not the only) the weaknesses of the calibre. Unfortunately, Seiko had the bad idea to use a plastic transfer wheel which tends to break or unseal from its metal support when you try to set the day or the date between 11 pm and 2 pm. Many, many movements are affected by this issue and replacement parts are rare and expensive.

As I wrote earlier, the first models (from 1968 to ca 1970) had a classical design, with white, black or silver dials. All cases were made of stainless steel or were gold plated. Some very rare early models had a 18k solid gold case. The crystal was generally made of glass, glued on a flat bezel surrounding the dial and maintained by a pressed ring, but some models had acrylic crystals as well, especially the ones with shaped cases (oval, squared…).

All Lord Matics had a metal bracelet, with a “LM” embossed clasp. Only the very early models had only “Seiko” embossed on their clasp.

In ca 1970, Seiko started to produce more casual models, following the general trend of the 70’s. There are a lot of variations and it would probably difficult to list them all. The dials could be green, blue, brown, grey, two-toned, with a colour gradient, etc… Only red dials are rare (Seiko didn’t use much that color, I don’t know why…). The crystals were often facetted, with different patterns as well. Finally, the cases could be square, oval, rectangle…

The 52xx family is a range of automatic movements, that equipped the Lord Matic Special and the King Seiko Special. They all have the stop second and the manual winding feature, their frequency is 28,800 bph.
The LM Special was only available in day & date configuration, with 5206 or 5216 calibre. It has a double language day disc, like the 5606 movement. The day and date quickset is working well and hasn’t the same potential issue than the 56xx.

It is interesting to know that these 52xx movements have been reengineered in the 90’s to lead to the excellent 4S calibre range (4S12, 4S15, etc…) which can be found in the Seiko Alpinist from that period.

The design of the Lord Matic Special is an association of classical and more excentric elements. All cases were made of stainless steel or were gold plated. They were quite small, they almost never exceed 35 mm in diametre. The crystal is as far as I know always made of glass and is sometimes facetted. The dials can be coloured (blue and green are the most common ones) but is often white or black.
Finally, the cases are generally round but some models had square or rectangle ones.

All LM Special had a metal bracelet, with a “LM” embossed clasp.

LM “time-only”, 5601 movement
As far as I know, only a few models have this calibre.

Some models were unusual, there is a LM “SilverWave”, water resistant with a screwed crown as all Silverwave have. These ones are very seldom. The LM “De Luxe” from 1975-76 was fitted with the same 5626 movement than the King Seiko.
Many export models didn’t have the LM name on their dials, they had the 5606 movement and the same case references.

More exotic is the Lord Quartz range, which hasn’t much in common with the Lord Matic range and which was produced in the early 80’s.

We can also just say a last word on the Lord Marvel which was the first model to wear the “Lord” name, but that was earlier in the 60’s and this range will be described later.

The LM range will be produced until 1975 and didn’t have any real successor. At that time, quartz was booming and I think that automatic watches weren’t a priority anymore for Seiko.

Finally, in 1975-1976, the 5606 movements had been used in a JDM range, the Seiko Emblem. The Emblem was also available with a quartz movement.

The LM for sale 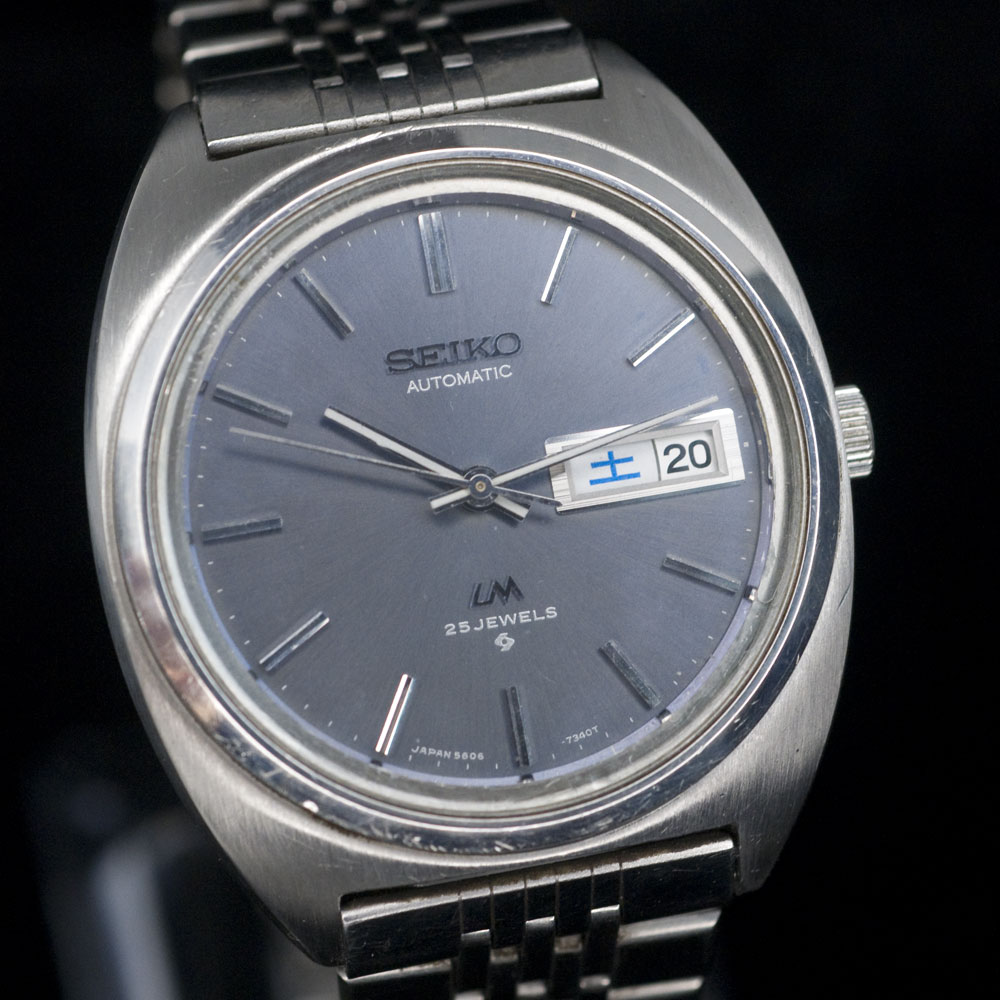 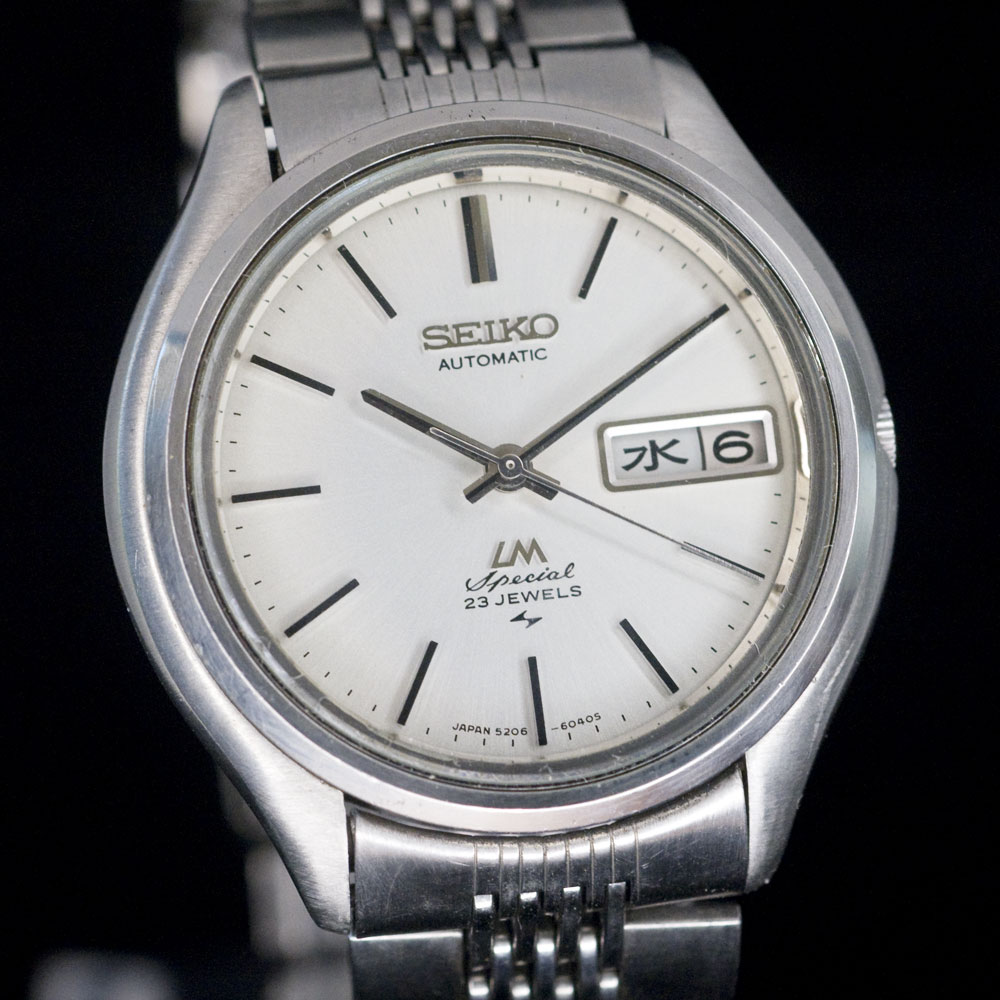 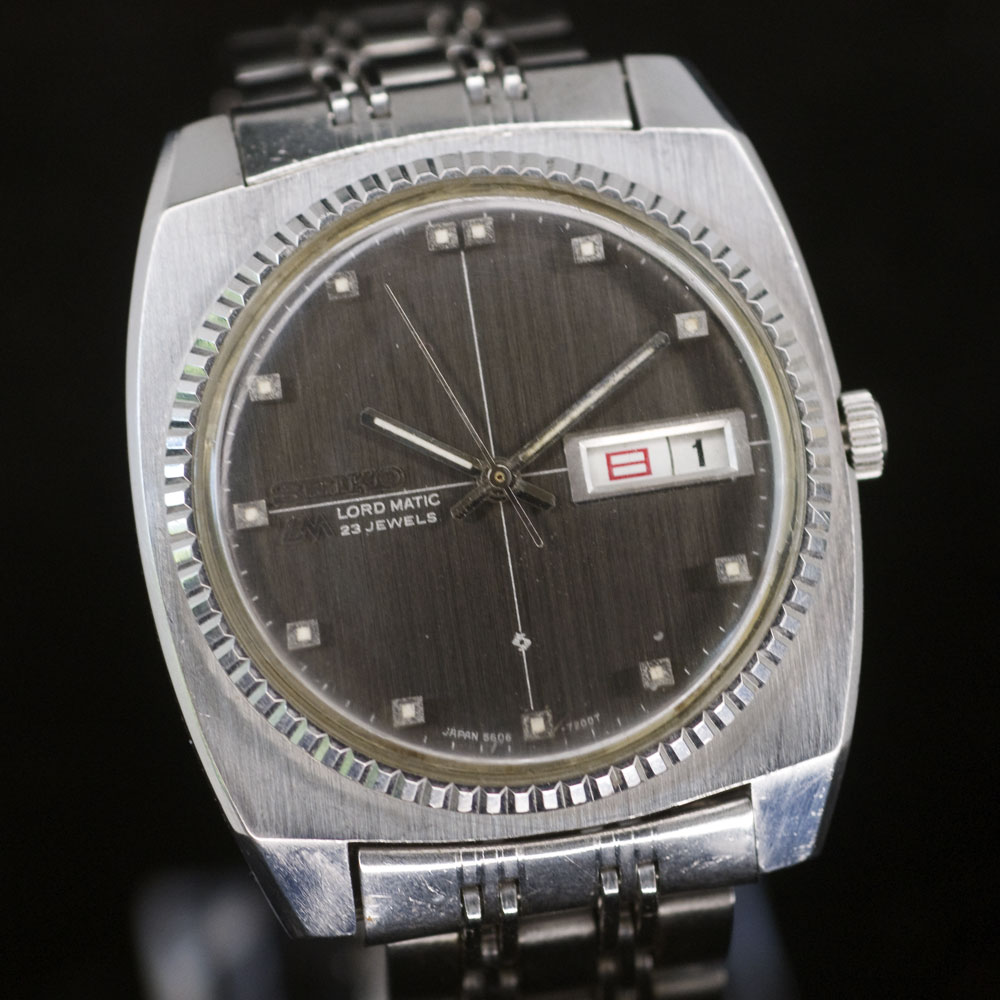