These informations were gathered through my own experience, from watches I actually had in hands (more than 70 Sportsmatics so far). They reflect what I observed and are not the holy truth. Page last modified September, 13th 2022 (Seikomatic Self Dater added).

Sportsmatic was the entry level range of automatic watches introduced by Seiko in the early 60’s. Entry level won’t mean that these watches were of low quality, some of them were even very well built compared to models from other manufacturers. They partly replaced the Gyro Marvel range, beside (or under) the Seikomatic range.

The first Sportmatics were time only (Seikosha 2451 movement) or date only watches (Sportsmatic Self Dater, Seikosha 820 movement).  In 1963-1964, Seiko marketed its first day/date calibre, the Seikosha 410 and fitted it in the first Seiko 5 range, still called Sportsmatic. These first “5” had a chromed case and no date quickset. We can recognize these early models to their specific Sportsmatic logo (exception : the Calendar 820 kept this logo until 1967). It is very commonly admitted that the “5” range has been introduced in 1963 but I didn’t have so far a 5 from this year. The older I had was from the spring of 1964.

The following ones, from the end of 64, begin of 65 all had a stainless steel case or a gold plated one and were generally fitted with the 6619 movement (with date quickset by pressing the crown) or more seldomly the 6606 movement (ex Seikosha 410, without quickset).

Ca 1964, Seiko launched the 5 Sportsmatic Deluxe, which was an enhanced version of the 5 Sportsmatic. All the Deluxe had a stainless steel case and a dedicated pusher to set the date. The position of the crown and the pusher can be slightly different and the first models had their pushers slitted. At that time, Seiko modified its way to name their movements and adopted a 4-digit naming convention.

Generally speaking, most models were available with a white, silver, champagne or black dial (black dials are quite rare, only a few percentage of the production had one) and the cases were available in steel or gold plated. Dials and cases can be mixed up, for instance, there are Sportsmatics with a black dial and a golden case. Hands and markers, in the contrary, are always matching the case : a golden case goes with golden hands and markers. As far as I know, there were no gold filled or 18k gold cases on this range of watches and all cases had a snap back, except maybe some late models. Finally, probably all Sportsmatic originally had a metal bracelet. They generally didn’t survive the watches, their quality wasn’t very good.
If you ever see a coloured dial, it is definitely not original, it has been repainted. We often see such horrors on many websites and generally for a very high price.

From 1964 on, the reference at the back follows the generic Seiko rule : Calibre ID – Case ID (ex : 6619-9010). Appearently, the same calibre/case combination can have different dials (slightly different writings for ex), different hour markers, different hands and different inner and outer bezels (regular, fluted). Before (and at the beginning of) 1964, the reference on the caseback refers to the case and follows this scheme : JXXXXX (for example J14001).

From 1964 to 1967-68, Seiko produced quite a lot of Sportsmatic models and we can sum up the production like this :

Some models were unusual, for example the Sportsmatic “SilverWave”, water resistant with a screwed crown. These ones are rare and sought after.
Finally, the very last Sportsmatics only had their name engraved on the case back, with a 7625 calibre (1968).

You can read this interesting article on the Sportsmatic, on the Ginza Seiko Museum website. 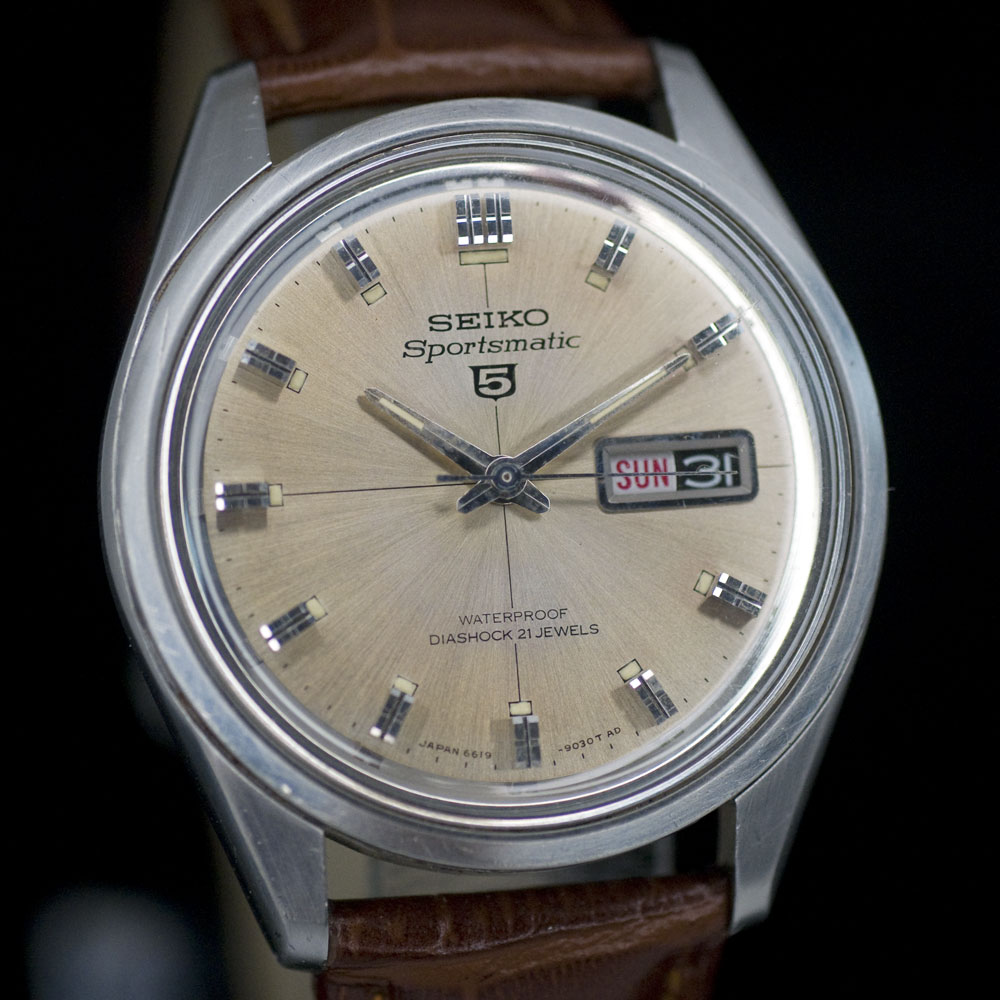 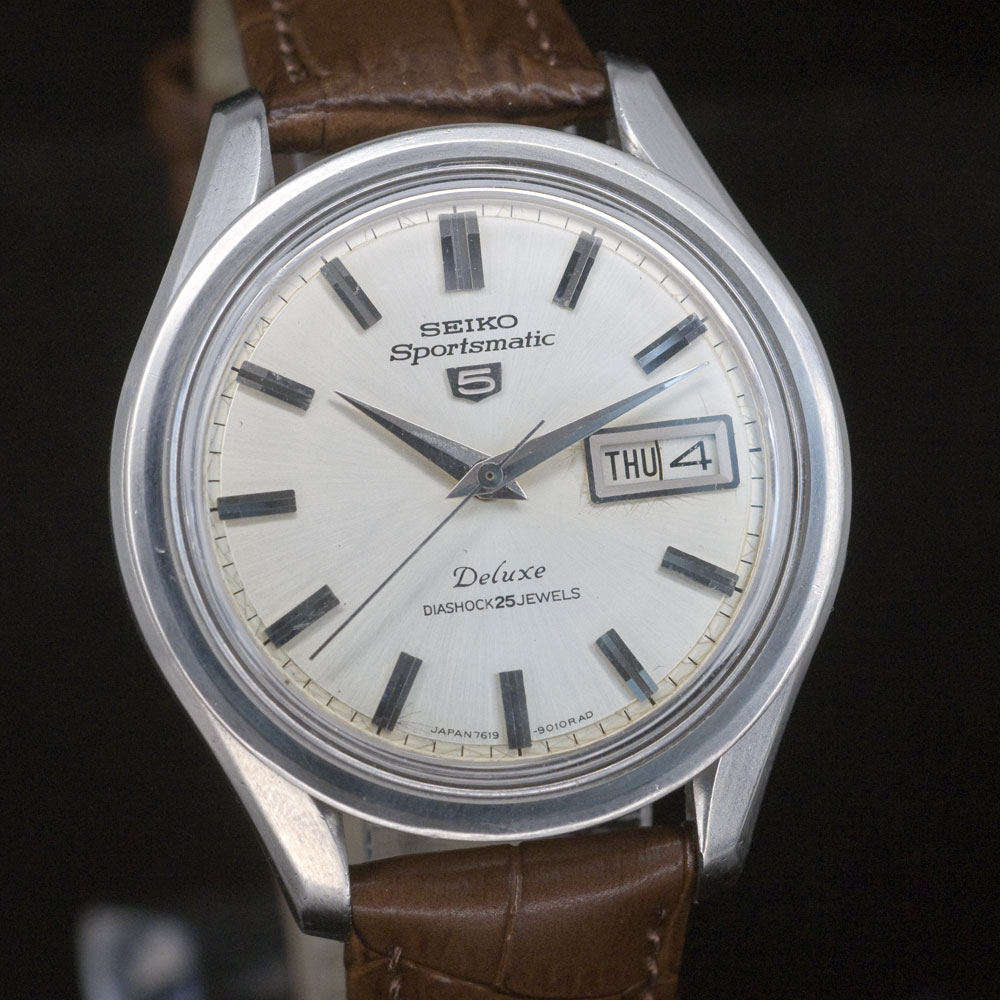 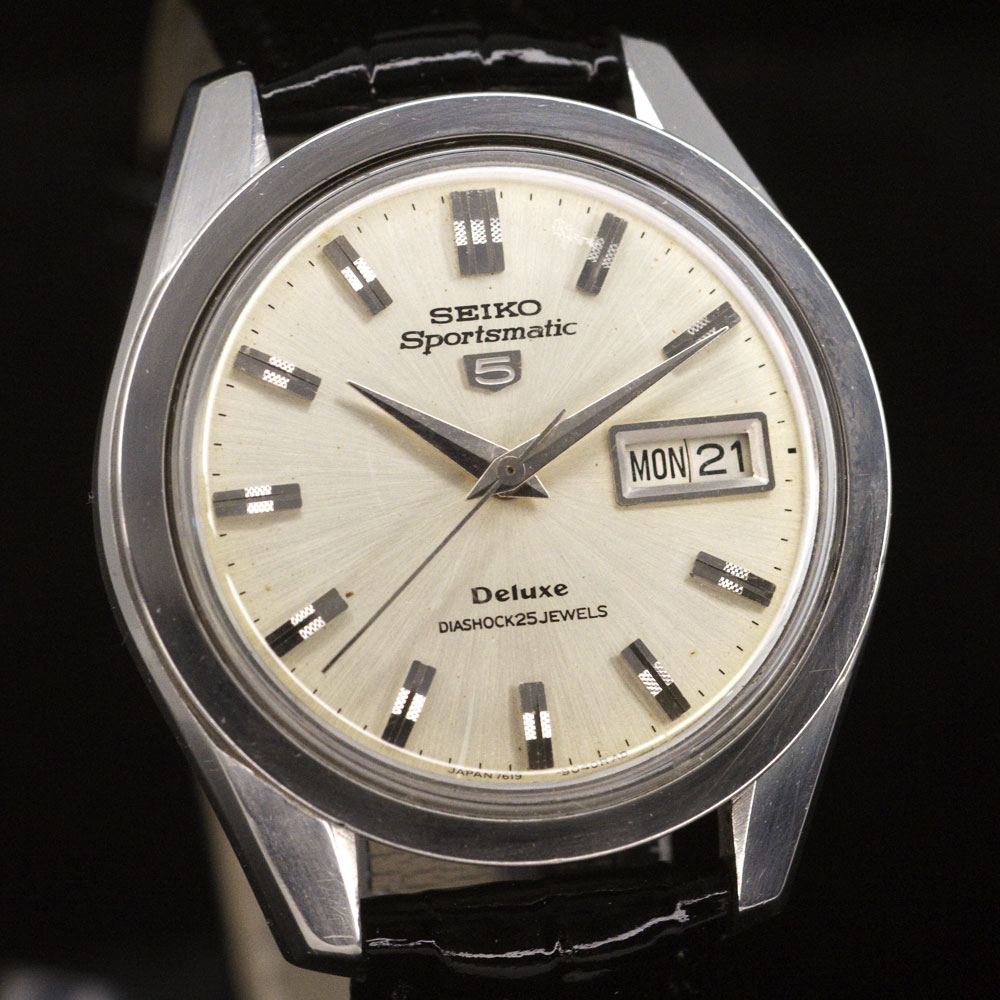 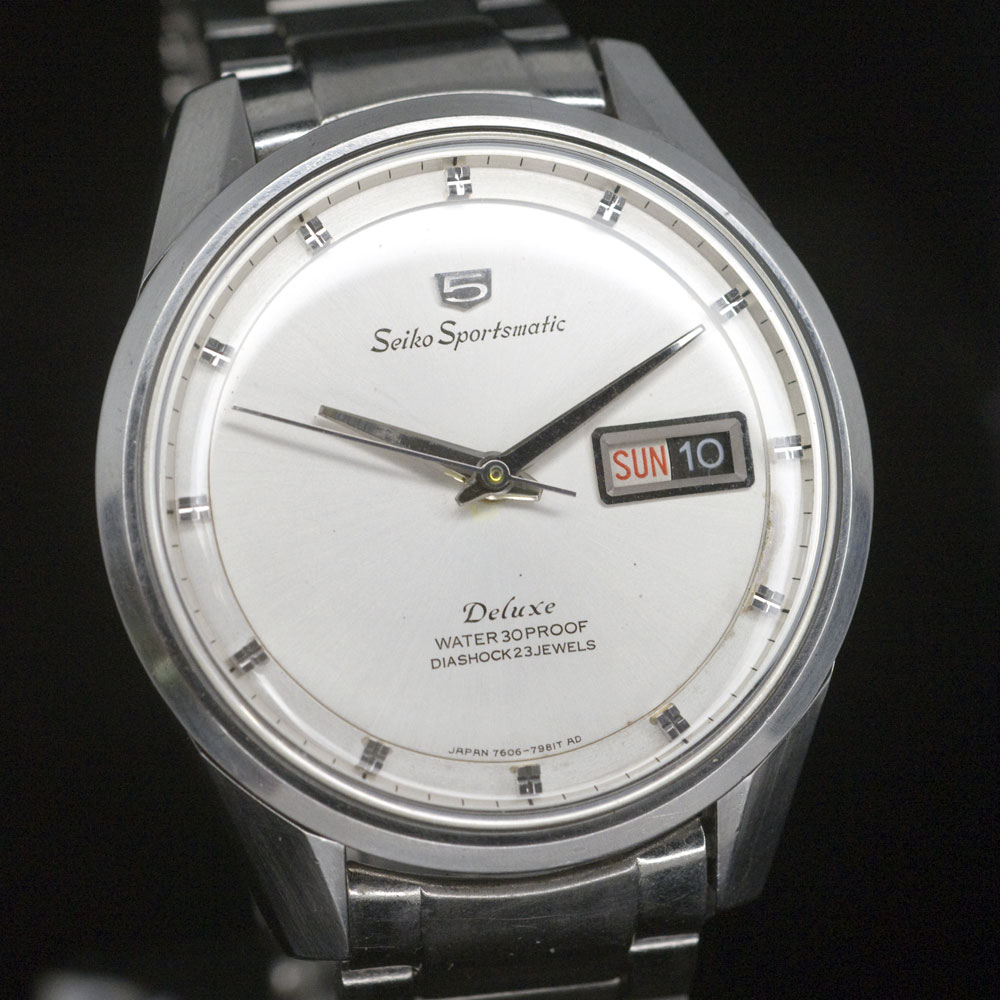